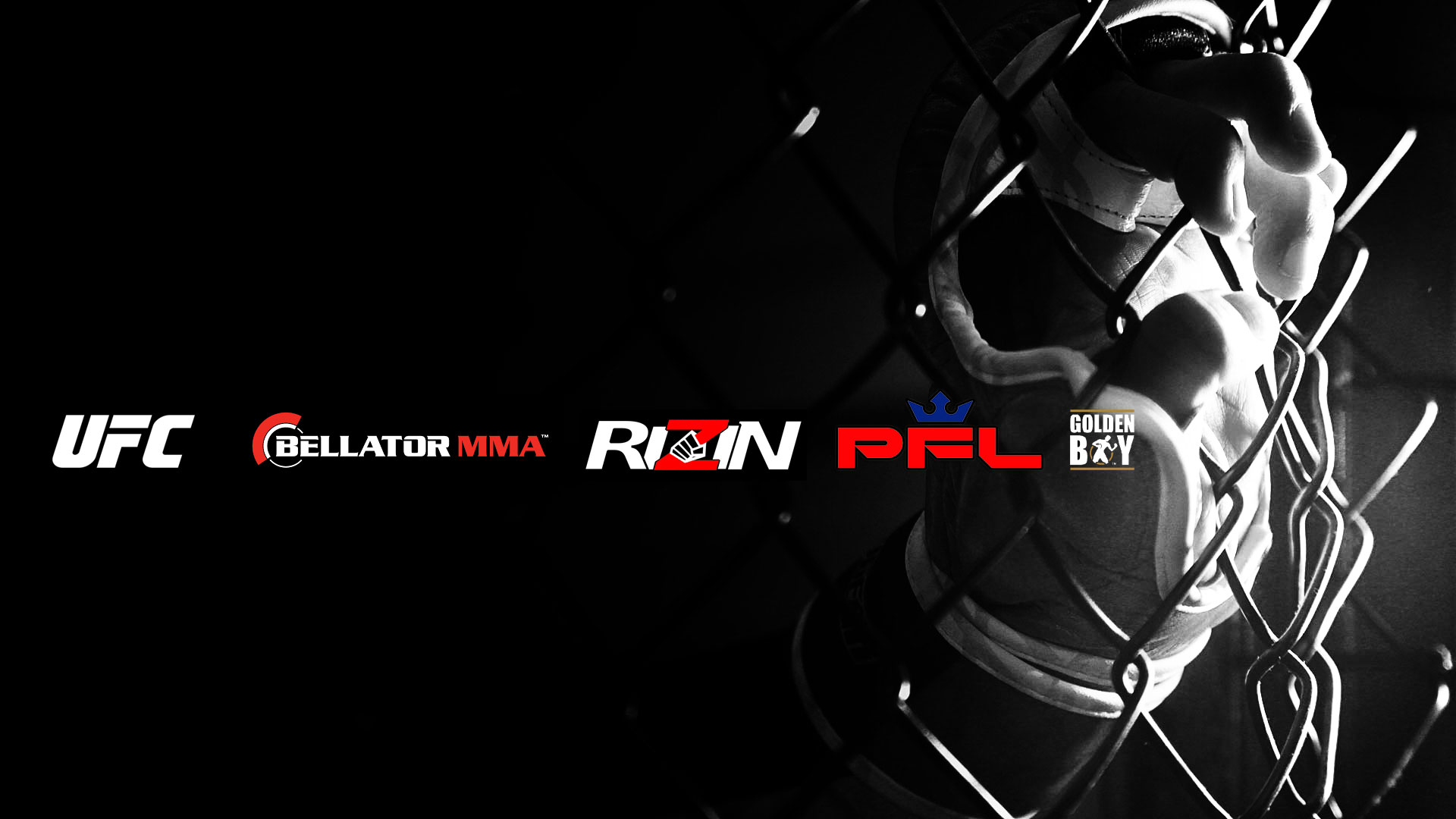 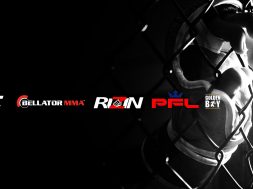 As another incredible year is added to the MMA history books, Kyle Cadra looks back at the last 12 months in his 2018 MMA review.

This 2018 MMA review kicks off at UFC 220 where we saw Heavyweight Champion Stipe Miocic defeat Francis Ngannou by unanimous decision. Miocic proved to everyone that he was the baddest man on the planet as he broke the record for the most consecutive heavyweight division title defenses in UFC history.

On that same night over at Bellator was the opening salvo of the highly-anticipated Heavyweight Grand Prix that ran throughout 2018, where Chael Sonnen beat Rampage Jackson to move on to the semi-finals. The co-main featured Rory MacDonald fight reigning champion Douglas Lima for the Bellator Welterweight Championship. Macdonald won by unanimous decision.

No 2018 MMA review would be complete without UFC 223. Tony Ferguson pulled out of the fight with Khabib Nurmagomedov when he tore his LCL while filming the promotion. Featherweight Champion Max Holloway stepped in on short notice, but the New York commission deemed him medically unfit at the weigh in. This left lightweight Al Iaquinta to take on Nurmagomedov for the Interim UFC Lightweight Title, a bout in which Nurmagomedov won by Unanimous Decision. The fight set up a unification bout with Conor McGregor, the official Lightweight Champion.

McGregor found the way to steal all the headlines through all the madness that had already taken place, when he stormed into a parking garage with a pack of his friends and threw a metal dolly through the window of a bus, targeting Nurmagomedov. The attack ended up injuring Michael Chiesa and Ray Borg, stopping them both from fighting on the card. Strawweight Champion Rose Namajunas was also on the bus, but it didn’t prevent her retaining her title against former champ Joanna Jedrzejczyk in their rematch.

Later in the month it was back to Bellator for another round of the Heavyweight Grand Prix when Fedor Emelianenko took on Frank Mir and brought back the old spirit of Pride when he finished Frank Mir in the 1st round via TKO, setting up a semi final match against Chael Sonnen.

The first Rizin event of the year was highlighted by a 9 second knockout by current Rizin Bantamweight Champion Kyoji Horiguchi over former UFC Flyweight Ian “Uncle Creepy” McCall, cementing Horiguchis place as a serious threat in the Bantamweight division.

The rematch for the UFC Middleweight Title between the reigning champ Robert Whitaker and Yoel “Soldier of God” Romero, lived up to all the expectations. The incredible fight could have gone either way Whitaker’s overall output and durability saw him retain his belt by split decision.

Dana White’s Contender Series returned to Fight Pass pitting some of the brightest up and comers from around the world against each other to win a UFC contract.

The Professional Fighters League (Formerly World Series of Fighting) debuted their million dollar tournament with top fighters from around the world from Featherweight to Heavyweight. 12 fighters per division, three fights per fighter throughout the year. The finale took place on December 31st when we watched six fighters become millionaires in one night.

At UFC 226 Light Heavyweight Champion Daniel Cormier bulked up to challenge Heavyweight Champion Stipe Miocic. Cormier shocked the world by knocking Miocic out cold in the first round before being approached by Brock Lesnar during his post-fight speech, setting up a potential future bout.

UFC 227 saw the biggest upset of the year when Henry Cejudo beat Demetrious “Mighty Mouse” Johnson by decision in their rematch ending his 11 fight Flyweight Title defense record. Cejudo became the second ever fighter to hold the UFC Flyweight Championship and the first Olympic gold medalist to become a UFC Champion.

The main event was the rematch between Bantamweight Champion TJ Dillashaw and the man he won the belt from and former teammate Cody Garbrandt. Dillashaw retained his belt and will now move up in weight to challenge for Cejudo’s Flyweight title on January 19th. The events of UFC 227 are high points of the 2018 MMA review.

This couldn’t be a true 2018 MMA review without discussing the highly anticipated match up between Khabib Nurmagomedov and Conor McGregor for the UFC Lightweight Championship took place. Everyone knew it would be a battle between McGregor’s take down defense and Nurmagomedov’s chin, but in the end Khabib’s chin held up. Khabib was able to control McGregor throughout most of the fight eventually submitting him with a neck crank in the 4th round. What took place immediately afterwards is what will remain in everyone’s memory. Nurgomedov climbed over the cage and attacked McGregor’s BJJ coach Dillon Danis, causing a chaotic scene inside and outside the cage as both corners started to fight each other.

Chuck Liddell vs Tito Ortiz 3 was the headline fight on Oscar De La Hoya’ first MMA event “Golden Boy MMA”. Many people were uncomfortable about the fight because of Liddell’s long lay off and bad showings in the cage before his retirement. The promotion had a good card, with fighters such as Gleison Tibau and Tom Lawlor on it. Deron Winn beat Lawlor and secured a UFC contract shortly after. The main event was what everyone expected. Liddell looked like he hadn’t been in a cage in almost a decade and was knocked out by Ortiz.

On December 8th the UFC put on a stellar card headlined by Max Holloway defending his Featherweight Title against Brian Ortega, a young contender who had been finishing all his opponents, most recently knocking out Frankie Edgar. Holloway used his striking volume and precise shots to tear up Ortega for 4 rounds until Ortega’s corner threw in the towel between rounds to save the young fighter from anymore damage. Holloway proved he is the king at Featherweight and a move to the Lightweight division in 2019 seems very likely.

On the co main event of that same card Joanna Jedrzejczyk moved up in weight to challenge Valentina Shevchenko for the Flyweight title. Shevchenko had beaten Jedrzejczyk three times in Muay Thai bouts previously and did it again, winning a decision to take the belt.

UFC 232 on December 29th continued the wild ride of 2019. The long anticipated rematch between Jon “Bones” Jones and Alexander Gustafsson for the Light Heavyweight Title was mired in controversy as Jones came up positive for metabolite. The drug testing company, USADA, said that it was a lingering trace from July 2017 when Jones was stripped of his title. The event was moved from Las Vegas to California to accommodate Jones, leaving a lot of fans upset. Ultimately, Jones finished Gustafsson in the 3rd round with strikes after taking Gustafsson to the ground and controlling the majority of the fight.

The co main event the Bantamweight Champion Amanda Nunes moved up to challenge Featherweight Champion Cris Cyborg in a super fight for the Featherweight Title. Nunes knocked out the seemingly invincible Cyborg in the first round, adding her scalp to her collection which includes Ronda Rousey, Meisha Tate and Valentina Shevchenko.

The annual New Years Eve card for Rizin 14, featured an exhibition featuring undefeated kickboxer Tenshin Nasukawa and Floyd Mayweather Jr. The controversial match up saw Mayweather come out with the heat, dropping Nasukawa three times in the very first round leading Nasukawa’s corner to throw in the towel.

The 2018 MMA review depicts a chaotic year, but ultimately one of the most exciting in MMA history.

Kyle Cadra A fan of combat sports for nearly a decade after his best friend introduced him to the UFC in 2010, Kyle has spent endless nights in his basement watching every combat sports event that takes place each weekend. With aspirations of becoming a professional MMA fighter by the age of 28, he loves to write about combat sports and share fighters' stories, as he believes that they can be inspired to change their lives like he has. Kyle believes in the transformational power of martial arts and their ability to make people grow.
Related Posts 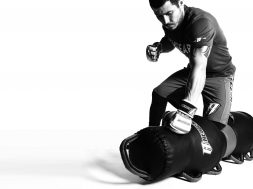 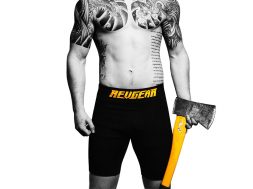