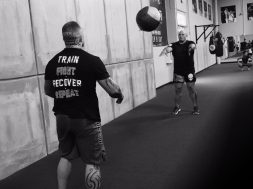 Every MMA Athlete needs a strength and conditioning program that gets the fighter in the best shape they can be. While methods vary, few would argue that American Top Team is producing some superb specimens with names such as Thiago Alves, Yves Edwards, King Mo Lawal, Hector Lombard, Yoel Romero, and UFC welterweight champion Robbie Lawler. With these names on their roster, it’s hard to argue they do what they say on the tin.

American Top Team or ATT was established in 2002 and has seen MMA develop from its early days to the sport we know today. Fighters from ATT have competed in and won belts in every major MMA promotion including UFC, Bellator, PRIDE, DREAM, and Strikeforce. Led by coaches Ricardo Liborio, and Mike Brown, ATT continues to pump out elite talent.
Source: http://www.thesportster.com

We take a trip here to Florida to see English ACB Fighter, Jake Bostwick, put through his paces as he prepares for another middleweight encounter in the Summer.

Jake moved out to Florida last year and has since married and settled there. The London born Bostwick has been using REVGEAR products for years and was stoked to join the RG team officially in Early 2016. Since then he’s been sharpening his skills and conditioning at ATT check out the full interview with Jake “Brutal” Bostwick here.