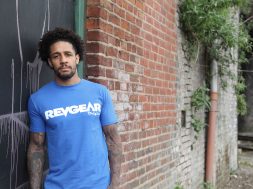 The eagle eyed amongst you may well have noticed a familiar yet different style appearing across Revgear apparel and on many of the items – especially those headed for Europe.  The updated, but certainly familiar, logo that has become known as the Revgear Original line.  Here to explain why is European Director Alex Wright:

Company logos and branding always evolve but the logo Revgear had been known by for many years prior to 2011 was still in use to a degree on certain elements of the product lines. The older style logo resonated with practitioners of those styles that make up the foundation Mixed Martial Arts:  Muay Thai, Boxing, Wrestling and Jiu Jitsu. So we thought it would be cool to revamp the Original logo and well, we decided to call it……Revgear Original

For many in Europe the American baseball and 50’s styling is still super cool.  I still see it very much in collegiate style in the USA too, so we tried to encapsulate that feel into the new ranges.

If you look at the pre 2011 Logo against the new one you can see the differences and how the lines have been modernized, a star added, and some symmetry brought into play. But overall the resemblance is obvious:

When we released the early apparel test lines in the UK it was an instant success with a whole generation of sports people embracing the brand who just liked the style!

Since then, REVGEAR Original has taken on several meanings: A version of the original branding or design that’s innovative and original…Take your pick but it means them all really.

There are plans now for a rebrand on the Brazilian Jiu Jitsu ranges which will help differentiate the the product lines we are building for a new generation of Martial Arts Fighters, Practitioners and enthusiasts.  We’re stoked to see more and more people just picking up the style and rocking the Original!

0
0   0
next THE TOP 3 TRAINING VACATION DESTINATIONS 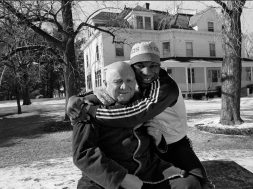 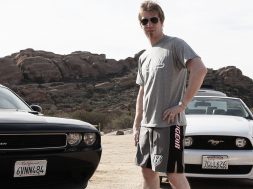