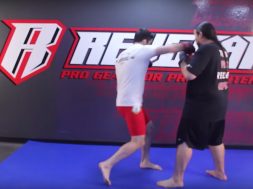 The Art of Setting Up the Overhand with Matt Sayles

UFC Featherweight and skilled striker Matt Sayles and his boxing coach Adrian Melendrez share their way of setting up the overhand right.

The powerful overhand punch may be one of the most effective blows in a striker’s arsenal, but it is also the easiest to defend against. The most important factor is setting up the overhand, so that your opponent doesn’t see it coming.

Matt Sayles won his spot on the UFC and intends to stay there. With performances like his win over Kyle Nelson, Matt is looking to work his way up the Featherweight division. Hailing from San Diego, Matt has a background in striking that sets him up for success in the cage. He trains at Alliance MMA and Azteca Boxing Club with his coach Adrian Melendrez, who has seen Matt grow from a raw talent, to the hungry young fighter he is today.

Here, Matt and Adrian work through the mechanics of setting up the overhand.

The move works by throwing the jab to the body, keeping the head off the center-line, so that you remain relatively safe. When holding mitts for a fighter, you should place your rear hand on your chest, so they can jab at your chest. You should also throw out your lead hand to make sure that they are off the centreline. The jab to the chest works best, as any lower and you would expose yourself to counters off the right. When the fighter throws the jab, they need to make sure that they are protecting their face with their right hand.

Once the rhythm has been established, then you can follow up the jab to the chest with the right overhand.

Follow Matt and Adrian on Instagram to keep up to date with their news and stay tuned to Revgear Sports for more great techniques. 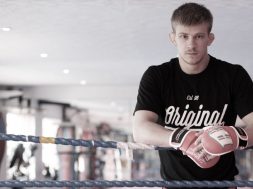 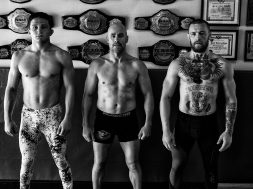 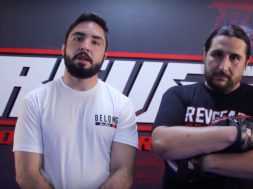