SPINNING BACK ELBOW WITH MO ABDURAHMAN 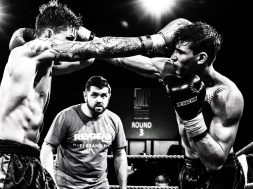 SPINNING BACK ELBOW WITH MO ABDURAHMAN

Spinning Back Elbow with Mo Abdurahman

“Mighty” Mo Abdurahman is a top-flight English Nak Muay with a GLORY contract and victories over some of the best in the business.  The young featherweight is equally at home with full Muay Thai rules or with K1 bouts.  Fighting out of Lookborai/Exile Gym in Southampton, Mo was a professional cricketer with a shot at the England under 19 team, before injury set him fully on the path of Muay Thai.  Now, the 22 year old brings his focus and professionalism to the ring and has an impressive record already.

Here, Mo shows us one of his favourite counters to the left kick.  The technique is founded in traditional Thai Boxing, or Muay Boran.  It is a play on an ancient technique called “Giant Turns the Earth”.  Noticing the incoming switch kick, you step to the left a little, to take away some of the force of the kick, while catching it with a right overhook.  You then step the left foot back across your opponent so that your foot is below the leg you have caught.  From here, you switch hands so that your left has an overhook, releasing your right hand’s grip as soon as you have secured your left.  bringing your right leg around, you throw the spinning back elbow with your right, coming in close to your opponent.

The ancient technique works beautifully in the ring, turning your opponent’s long range weapon into a short range counter that comes from out of the blue to cause a lot of damage.  This is a great technique to master for the movement alone. When training with your partner, make sure you don’t catch them too hard with the elbow like Mo does in this video! 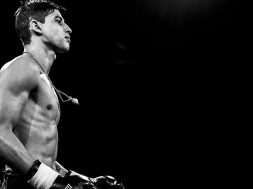 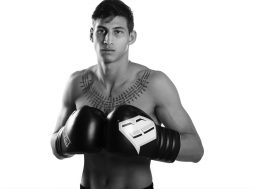