Andy1 from REVGEAREUROPE on Vimeo. 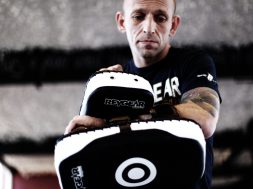 Andy Thrasher knows the Muay Thai game better than most.  Aged 42, he still fights, but focusses his energy on the next generation of fighters.

Andy is the owner and head coach of The Dog Pit Muay Thai in Bury, England.  He trained at GFC in Manchester and Jittigym in Bangkok.  The two-time world champion and Toyota Eight Man Winner is trained with the best to rise to the top.

First starting in boxing as a youngster, Andy Thrasher became more interested in football, discovering Muay Thai by chance when he was a young man.  After getting an injury, Andy was invited by a friend to go to his gym and do some push ups and and other exercises while he recovered.  He saw a couple of guys sparring and using elbows and knees.  As soon as he found out that they were legal, he dropped football entirely and went all in with Muay Thai.

Andy is committed to bring the next generation of fighters up to their highest potential.  While he teaches at his own gym, The Dog Pit, he also has a strong connection with the famed Bad Company Gym in Leeds, where his fellow Jittigym alumni Liam Harrison and Andy Howson train and coach.  While Andy often makes the journey there for his own training, he also sponsors a few of the young fighters at Bad Company, giving them the resources they need to realise their dreams of fighting at the top level of the sport.

Andy was introduced to Revgear and has not looked back.  He particularly loves the S3 Sparring Gloves and the Thai range, using them for his own training as well as that of his clients, fighters and students.

Check out Andy’s videos on the Slip and Counter and the Evade and Counter in our video section. 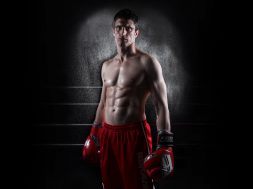 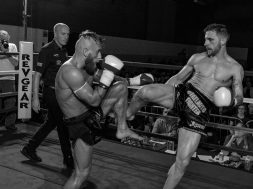