Meet the family at Titan Fighter

Enter the word of Titan Fighter, an elite MMA gym known across the globe for producing some of the best fighters in the business.

Meet the trainers, fighters and promoters who make it Europe’s top MMA wrestling gym.  Familiar faces like Brad “One Punch” Pickett and Titan owner Mickey Papas guide us through the legacy of the gym, from its humble North London garage beginnings, to its modern incarnation.  Get introduced to upcoming talent, like UFC new-comer Nathaniel Woods, as well as the top tier of London’s best MMA fighters competing in promotions like Cage Warriors and ACB.

The fame of Titan is growing.  Starting with just Brad and Mickey back in 1997 in Mickey’s garage, Titan now attracts fighters from across the globe.  The gym is a magnet for fighters looking to learn Mickey’s unique style that melds his background in Pankration and kickboxing with other martial arts.

The gym has countless talented fighters, but it is Nathaniel Woods who is currently turning heads.  His strong work ethic to back up his natural drive and talent make people like Chris Fig of Elite MMA Agency stand up and pay attention. The prospect is heading closer to the UFC bantamweight title belt with every session he puts in.  After holding the Cage Warriors title, the young fighter put in a strong debut on UFC Fight Night 131 to choke out Johnny Eduardo in the second round.

Nathaniel’s manager Chris Fig looks after a lot of the Titan Fighter guys.  He is a part of the family  and believes that it is by far the best gym in the UK.  Brad Picket goes a step further, calling it the best MMA wrestling gym in Europe, something he brought back from American Top Team.

There is one thing that everyone agrees on: Titan is family.

0
86   0
previous THE BOXER: JOE LAWS
next PRINCIPALS OF PROGRAMMING FOR A COMBAT ATHLETE 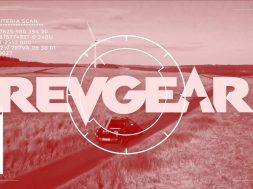 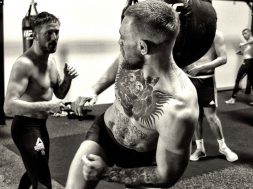 5 THINGS TO LOOK FOR IN A FIGHT COACH